Located next to Folsom Lake, which is one of the area’s most popular recreation areas, Granite Bay, CA is home to people who want to be able to experience the outdoors and live in upscale homes and neighborhoods.  Homes and land are at a premium and lots are hard to find.

Schools are high achieving and families choose to live in Granite Bay to have access to the schools. Kindergarten to eighth grade students attend Eureka Union School District schools and ninth through twelfth grade students attend Granite Bay High School which is in the Roseville Joint Union School District.  See all the schools in Granite bay HERE 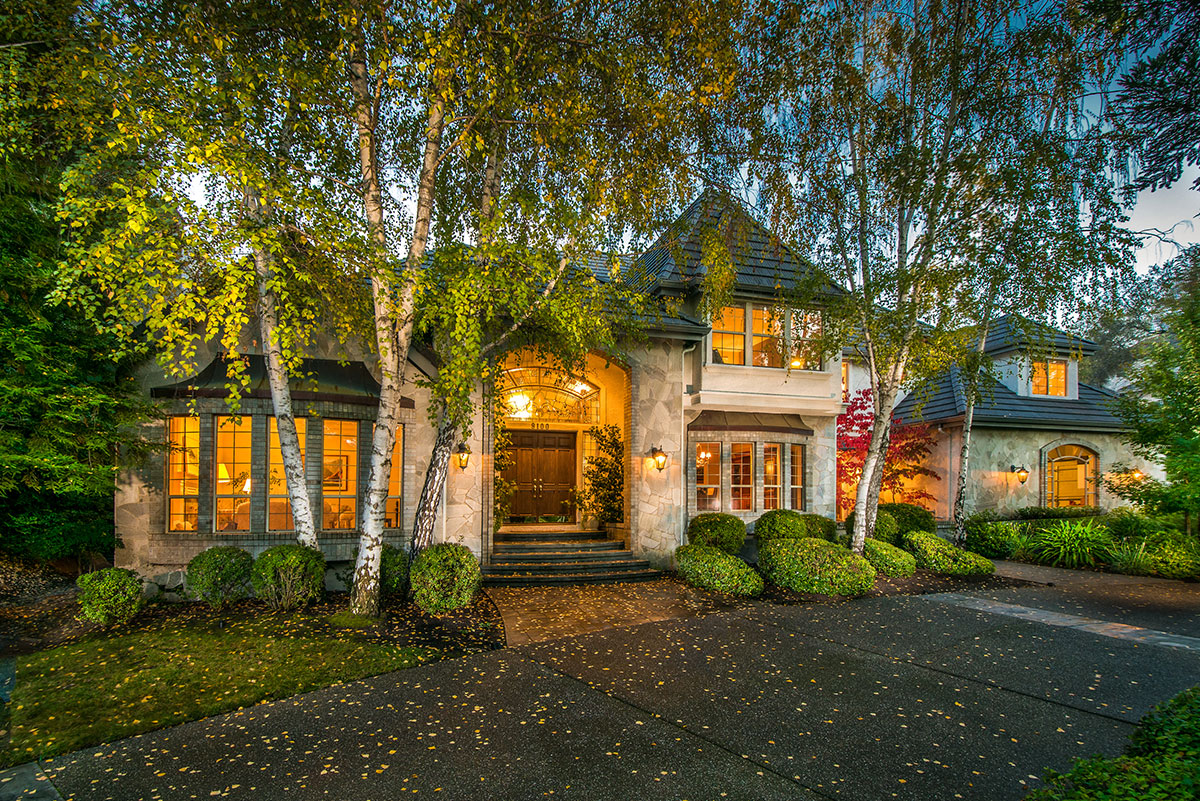 Near Granite Bay High School is Feist Park with youth soccer, lacrosse, baseball and football fields.  There is a community park at Douglas and Barton Road and at Cavitt Middle School.

The community has a population of approximately 22,000 residents, is 25 square miles in size, and is in Placer County in Northern California.

The unincorporated Placer County community of Granite Bay had a population of about 20,000 residents at the 2000 census and covers an area of approximately 25 square miles. It is situated on the north shore of Folsom Lake about 25 miles northeast of Sacramento on the eastern edge of the Sacramento Valley at the base of the Sierra foothills.

The community boasts of very high quality of life due to its great location, sound community plan, first-rate schools, numerous churches, a low crime rate, and excellent recreation opportunities. The community is home to some of the Sacramento areas finest and most exclusive homes. Typically, summers are hot and dry, while winters are cool and rainy. Summers average high temperatures are about 95 degrees but with the usual cooling evening breezes, average summer lows drop to about 60 degrees.

Average temperatures in the winter range from highs of about 54 to lows near 40 degrees with an occasional frost. Annual rainfall averages near 25 inches per season, falling predominantly in the winter months.

The community was officially recognized as “Granite Bay” in 1987. As an unincorporated community, the Placer County Board of Supervisors is the local governing body, and a local Municipal Advisory Council provides input and advice to the Supervisors.

from the Granite Bay View, Point of View, by Janice Freeman, 2 August 01

Granite Bay’s roots lead back to the early 1850’s, when gold miners first settled the banks of the American River. According to retired Park Ranger Dave McGrath there were 37 gold mining settlements along both sides of the River.

In its earliest beginnings, it was known as “Granite Bar”, a small mining camp just below Horseshoe Bar. The North Fork Ditch, built by the Natoma Company between 1852 and 1954, not only allowed miners to surface mine gold, it continued to supply water to the area and attracted settlers who planted olive and almond orchards. When the lake is low you can still find rows of stumps straight out from the Granite Bay boat launch ramp. Remains of the ditch can still be seen in places along the trail leading up the lake from Horseshoe Bar and along the water’s edge above the dam at low lake level. The sides of the ditch were concreted in 1925, which has helped to preserve its visibility.

Vivian Rasmussen recalled that what was is now called Auburn-Folsom Road was originally called Auburn-Sacramento Road. The road was built in 1850 to allow miners to travel back and forth with supplies. Whiskey Bar, Horseshoe Bar, and Rattlesnake Bar Roads were all established to connect the various settlements to the bar or to the main road. Granite Bar, later to be known as Granite Bay was named for the granite rock quarried from its banks and used as rip-rap in the wing dams of Folsom Dam.

tmddc1224Bought and sold a Single Family home in 2020 in Sacramento, CA.
Read More
I can’t say enough GREAT things about Dawn and Manny! We met them years ago when we were tenants in a house that sold. They were so great through that experience that we swore when it was time for us to buy a house we would work with them. Fast forward 2 1/2 years: we…
57gregr Sold a Single Family home in 2020 in El Dorado Hills, CA.
Read More
Manny & Dawn are an exemplary team. They were always there for us by phone, text or in person with anything we needed or for questions we had. They took great care in selling our home and making us comfortable through the whole process. We highly recommend them and consider them friends. We are very grateful for everything they did for us.
hsikaria Bought a Single Family home in 2020 in Folsom, CA.
Read More
Dawn and Manny have been helping our extended family through multiple purchases/sells and they have been absolutely a pleasure to work with through the entire process. They are always available, friendly and extremely supportive. We are not local and they have been incredibly helpful with multiple FaceTime house viewings and final walkthrough with the seller, since we couldn't always be present in person, going out of their way to help us buy our new perfect home.
Previous
Next
risanders3 Sold a Single Family home in 2019 in El Dorado Hills, CA.
Read More
Our experience with Dawn and Manny to sell our home in El Dorado Hills was exceptional. Everything they shared with us about their approach in preparing to list our home (inspection, decluttering, staging), creating marketing materials (video, flyers, showing the home), negotiating the final deal and finalizing all the paperwork were accomplished in a collaborative and professional manner. Dawn and Manny are wonderful individuals who we enjoyed spending time with throughout the process. We highly recommend Dawn and Manny!
dkossick Sold a Single Family home in 2019 in El Dorado Hills, CA.
Read More
If you are looking for the best real estate agents in the El Dorado Hills area, look no further than Manny Cazares and Dawn Baltar. From our initial consultation, throughout the entire sales process, we were constantly informed on every aspect of our home sale. Manny and Dawn were amazing with their many years of experience and attention to every detail that went into our sale. We cannot thank them enough for helping us through the process and selling our home.
user2296601 Sold a home in 2019 in Natomas Park, Sacramento, CA 95835.
Read More
Dawn and Manny are fantastic. We have bought and sold many Homes over the years and I believe Dawn has been the most responsive advocate in the process we have ever had. Highly recommend them!!
Previous
Next
Sarah A Howes Bought a Single Family home in 2018 in Placerville, CA.
Read More
Ande was wonderful to work with and was instrumental in finding us the perfect home for our family for many, many years to come. Her knowledge of the areas we were looking at and what we liked after only a few meetings was exceptional. She was extremely patient with us (we changed our mind a lot) and she and her team genuinely cared about finding us the right home. I’m pretty sure they were as excited as we were when we found it! We’ve been in our home a few weeks now and couldn’t be happier! The only bad thing is that I miss talking to Ande everyday. 🙂
zuser20160226060822457 Bought a Single Family home in 2018 in Citrus Heights, CA.
Read More
when I first started looking for a home to purchase, it was a bit overwhelming but right when I had Ande by myside helping me along with the whole process it lifted a huge weight off my shoulders and made the whole home purchasing experience amazing and exciting for me. I highly recommend Ande Salazar to all my friends and business associate as the best real estate in the greater Sacramento county area.
paul morris9 Bought and sold a Single Family home in 2018 in Folsom, CA.
Read More
Our house sold in one day, over asking. Manny and Dawn's prep work, use of social media, knowledge of the market, outstanding photographer, and overall professionalism, were the reason. I have recommended, and will continue to recommend Manny and Dawn to my friends.
Previous
Next

Use this form to connect with Cazares and Baltar. We are happy to answer any questions you may have and to strategize together on the best way to get your home sold!

Where To Find Us

It’s different here. And not by accident.

It’s different here. And not by accident. Explore our neighborhood guides to learn more about what makes Sacramento, El Dorado
and Placer Counties some of the most desirable places to live across the country.

If you like living in an area with gently rolling hills, oak trees and views of the Sierras, downtown Sacramento, and Folsom Lake, then El Dorado Hills in Northern California is the place for you. [...]

Located next to Folsom Lake, which is one of the area’s most popular recreation areas, Granite Bay, CA is home to people who want to be able to experience the outdoors and live in upscale homes [...]